5 Ways to Increase Salesforce Adoption for Your Sales Team 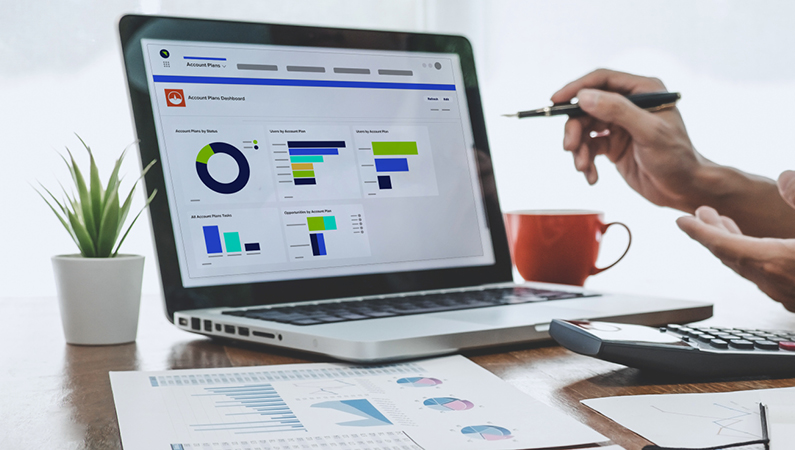 Salesforce is the world’s leading CRM for sales teams who need the power of a comprehensive platform.

But as with any product, even Salesforce can’t help a team that doesn’t use it. In other words, low adoption rates among users can turn an effective tool into a wasted resource.

Sales leaders would like to think that their team members will jump at the opportunity to wield a deal-driving tool like Salesforce. After all, why work harder when you can work smarter? The truth is, though, only a percentage of your sales reps will be dedicated power users.

The rest will need a bit more leadership. That’s where learning to boost adoption rates to make Salesforce a key part of your business processes can help.

According to sales reps interviewed for our 2020 State of Salesforce Adoption report, the number one reason why salespeople don’t make full use of Salesforce is simple: they don’t understand the product features as much as they would like.

In fact, nearly half – 49% – of reps surveyed had this complaint. And it’s not their fault. Management and leadership have the responsibility to help their team members understand how to use the tools they’re given. The “why” doesn’t matter as much as the “how.”

The solution? Make learning easy. If your team is large enough, and you have the resources, a series of short explainer videos that everyone has easy access to can help tremendously. You don’t need a big budget, either. They can be filmed on a smartphone or with a screen capture tool from a computer.

You can also compile an FAQ with common problems, or create a simple flowchart to walk users through your sales processes, step by step – like how to create a new prospect record, or how to use a relationship mapping app to understand an account’s hierarchy.

2. Have an Adoption Strategy That Everyone Understands

You’d be surprised how many organizations – successful, highly-driven organizations, mind you – go into a major investment like Salesforce without an adoption strategy.

A move of this magnitude isn’t something that can be done on an ad hoc basis, at any level. You need a plan that covers every step of the adoption process, starting from the big-picture business goals you hope to achieve down to how you’re going to enroll each and every user into the program.

This naturally includes training, like we just talked about. But it also includes coordination between various departments or units within a company. Leadership buy-in is very important. Not everyone will agree on every detail, but to have communication across silos is key. The best way to make that happen is through the strategy creation process.

You don’t want bottlenecks and sluggish enablement that drags on. Having a plan in place to handle the process from start to finish – with every relevant sales person plugged in and ready to rock – is vital for higher team user adoption.

3. Find the Right Adoption Metrics to Use

Sales leaders know better than anyone about the importance of metrics. For example, we track sales revenue so we know how well we’re doing at maintaining a steady stream of income. We give each salesperson targets for each quarter. We even go as far as keeping track of activities like calls made, emails sent, and meetings held.

The user adoption metrics that tend to give you a better idea of how each individual sales person is making use of Salesforce, though, varies from company to company.

To keep it simple, identify your high-performing salespeople and note their use of the platform. You may notice a correlation between their activity level and their sales – whether it’s in the overall number of actions they take via the CRM in a given time period, or the number of activities per deal, total time spent on the platform, and the like.

You may also find that common metrics promoted across the industry, like user login rates, could be completely irrelevant to your team. (Or, they could be the most important ones!)

This gives you a target to shoot for – a way to use the standard set by your power users to help not only hold other members accountable, but guide them toward success.

You need to have a critical and scientific eye toward metrics, and make sure they’re tailored to your team. This approach is the key to success. You can have the fanciest sales dashboards, but if the numbers aren’t telling the most accurate story, they’re not very useful, are they?

Remember, though, metrics are just a means to an end. You need to know who isn’t using Salesforce, sure. But even more than that, you need to figure out what the top users are doing. Then you need to show everyone else how to replicate those motions.

Another reason why user adoption rates lag in some organizations is because some salespeople feel that leadership and management turn a deaf ear to their issues and concerns.

Honestly, much of this problem begins before you decide to adopt Salesforce as a company.

Consider creating a user committee that represents all of your users. This committee shares input with management on a regular basis about problems and issues with not just Salesforce, but all of your sales processes.

If you can pinpoint a major user adoption issue, then you can take targeted actions to adjust. That increases user functionality and, ultimately, utilization.

A sales manager will find that as feedback grows, so will adoption metrics. Why? Because users feel like they’re a part of the solution-creating process (and a CRM is a solution to a problem, at the end of the day). They will invest in it. They’ll have buy-in. And that can be a powerful motivator.

5. Cut Down on Complicated Integrations to Boost Engagement

Finally, no one likes using a sales tool – even one as great as Salesforce – if the tool is too complicated to operate.

As the needs of your team users grow, so will your need to boost Salesforce’s core capabilities with third-party applications. For example, if you want to pursue an account-based selling approach for major prospects, you’ll likely need key account planning or opportunity planning features that base Salesforce doesn’t have.

However, when sales teams try to integrate third-party apps into Salesforce, they usually wind up gumming up the works of their processes instead of streamlining them. Why? Because most third-party apps depend on clunky integrations via APIs that leak data and serve as tech bottlenecks.

As you can imagine, if using a tool slows a rep down, they’re going to let it gather dust.

The solution is to power up Salesforce with native third-party sales enablement apps that are built to work within Salesforce itself – seamlessly and intuitively.

Besides being faster and more efficient with resources than non-native apps, these native apps are also a lot easier to use. This decreases frustration for individual users navigating multiple interfaces just to do their jobs.

(Here’s more information on why being native on Salesforce matters.)

At the end of the day, user adoption is the cornerstone of any sales tool. If you’re investing in Salesforce, make boosting adoption a top priority.