5 Reasons You Should Be Relationship Mapping 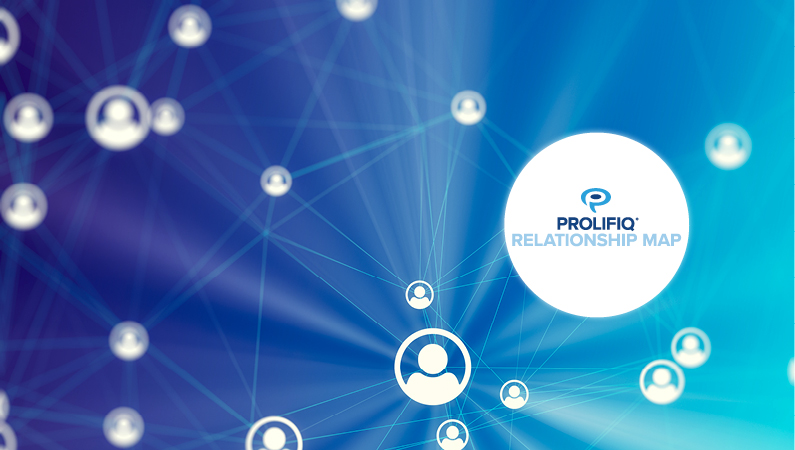 Imagine you’re a spy – say, James Bond – and you’re tasked with finding Goldfinger, who has once again seized control of the world’s gold supply because, well, it’s in his name.

How would you do it?

The apex, or most thrilling scene at the end of a spy movie is built upon dozens of less-exciting scenes near the beginning. There’s a quick, clandestine meeting between the agent and a contact. A few words are exchanged; a piece of paper is handed over; and just like that, the spy has someone else to talk to – moving one step closer to the hidden lair.

Sales is very much like being a spy. But instead of drawing connections that lead you from henchmen to secret hideouts to Goldfinger, you’re starting with a sea of unknowns. There are several layers between yourself and the decision-makers that make or break deals.

You probably won’t ever have tools like a watch that triples as an infrared sensor and a detonator. However, you do have a tool that can help you become extremely efficient at finding decision-makers: the relationship map.

Here are five reasons that if you aren’t already relationship mapping, you should be.

1. You Can Recruit Supporters and Get Around Blockers

In today’s world, groups of buyers accomplish deals in key accounts, not just one or two people with all the power. We’re very much in a decision-by-committee era. This is doubly true in major accounts where the bulk of your revenue is found.

Before you can reach this group of 6 to 10 decision-makers, you need to find the quickest path through the several levels of people in front of them.

Well, for starters, you need information. Buyers expect you to tailor proposals to their needs, not just thrown at them wholesale. To offer such a solution, you have to ask questions, find facts, and fill in gaps in your information.

You also have to find people who are more willing to support you and refer you to others in the company who can do the same – while avoiding blockers who will do the opposite.

It’s kind of like being an NFL linebacker. You want to sack the QB so bad you can taste it. Yet blockers are always trying to spoil your fun. So, you’re trained to look for keys – or tells – that let you predict where the ball-carrier will go so you can hopefully get there before the 325-lb tackle looking to pancake you does.

Relationship mapping helps accomplish this objective. You can actually see, in Salesforce, an org chart complete not only with titles and roles, but influence levels and levels of support for you.

Plus – and we think this is a major benefit – it’s very unlikely that anyone in your target account will tackle you.

2. It Helps You Find and Influence the Decision Makers

In this unofficial committee, you have multiple buyers that are often spread throughout a business unit, if not the entire company. You need to find them all, and a visual org chart can help.

You should begin by sketching out an org chart with what you know now. There are various sources of data you can dump into Salesforce to help you fill out your relationship map. These include (but definitely aren’t limited to):

Once you have that info, you’ll collect more intel from the people you speak with during your prospecting journey through the account. Asking the right questions about budget, spending authority, priorities, seniority, and areas of responsibility will allow you to highlight the decision makers you need to convince in your relationship mapping app.

3. Identify the Controllers of the Purse-Strings

A big part of the key account management strategy is to find the money. Specifically, you need to find:

These answers can be found from the same person, but they often aren’t. Either way, you need this person or these people to agree. Otherwise, a deal that sounds great in theory won’t happen because your company probably doesn’t work for free.

Relationship mapping can be the quickest and most efficient method of finding the budget and the people tasked with allocating it. Why? Because as you may know, the buyers with fiscal power can frequently be found outside of the chain of command you use to get approval for the proposal.

In other words, while you may win over the head of a business unit, the budgetary authority to make purchasing decisions may be in another BU altogether – or at corporate, if you’re selling into a geographically-separated account.

Don’t forget to find the money after you’ve championed  the decision makers, or your deal will fall through.

4. Move Up the Sales Hierarchy

Relationship mapping is at its strongest when you’re going after big revenue. This presents an enormous opportunity for long-term interaction with multiple stakeholders involving (hopefully) a string of opportunities and mass growth.

To that end, you’re trying to elevate yourself up what the Miller Heiman Group calls the “buy-sell hierarchy.” This is a visual method of seeing where your company is in relation to the buyer now and where you want it to be three years from now.

In other words, how well does your organization fit into the business plans of your key accounts? How strong is the relationship: is it merely transactional, or are you viewed as a strategic partner?

Top-performing sales teams know that maintaining positive relationships with the stakeholders and users in bigger accounts is the cornerstone of sustainable success.

Just like James Bond can’t get the insider info he needs without parachuting into a volcano (or wherever else his duties take him), sales reps can’t get the insights they need to stay plugged into the company’s leadership without keeping track of relationships.

Also, people come and go. They also move up and down. If you use relationship maps as often as you should (which should be constantly, or at the very least, weekly), you can keep track of the changes within an account.

Familiarity in sales doesn’t breed contempt; it breeds connection. Pair connection with continuity and you have the recipe for successful, long-term relationships with your customers.

5. You Will Accelerate the Sales Process

If a spy is racing against the clock to stop a nuclear device from turning the world’s gold supply radioactive, thus making Goldfinger’s personal reserves rise astronomically in value, they need to act quickly.

Your stakes probably won’t ever be that high, but when a sales team is trying to hit quota for a quarter, it sure can seem like it.

How much faster can you speed things up? Customers who use Prolifiq’s Relationship Mapping app as a part of an account-based selling strategy have cut their selling time per major deal by 20% on average.

That’s an enormous decrease in hours spent. And believe us, that’s music to the ears of key account managers everywhere who see that quarterly quota on the whiteboard staring at them menacingly, week after week.

Overall, relationship mapping is an essential part of strategic account management that no sales team should go without. Salesforce is a powerful tool, but without a relationship map, it won’t be nearly as proficient or capable.

And if you’re James Bond trying to save the world’s gold for jewelers, celebrities, and best-selling musicians everywhere, you don’t want to go into the fight empty-handed.